When imagining a surfer’s lifestyle, laidback beaches, hammocks, and relaxed attitudes come to mind. For that, we thank Dorian “Doc” Paskowitz: the man considered to be one of the earliest pioneers of the surf culture we know today. Doc spent nearly 25 years on the road, living in used campers and travelling up and down the coast of California.

Galveston, Texas, 1921: Dorian Paskowitz was born. Raised in a Russian Jewish immigrant household, Doc was encouraged to pursue a degree in medicine. At age 25, he graduated from Stanford Medical School with his doctoral degree. Though a skilled physician, Doc was unhappy as a doctor; after several years of practicing medicine, he moved to Israel for a year. Realizing he was happier here than he was in California, Paskowitz volunteered for the Israeli army during the Suez crisis. He was rejected.

Doc returned to America with a new sense of purpose. He and his third wife, Juliette, embarked on a transient, bohemian lifestyle. Nine children later, the family continued to live, travel, and surf together, living in a succession of camper vans. None of Paskowitz’s children were formally educated; Doc believed that formal education was dangerous to young minds (despite being a Stanford graduate and a professor at several community colleges). However, this health-centered lifestyle began to pervade surf culture at large.

The bohemian lifestyle adopted by surfers is attributed to Doc. His personal philosophy molded the ideals surfers now live and work by; despite the public perception of irresponsibility, he lived unapologetically. 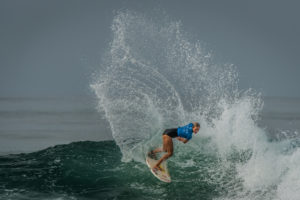 Whether you prefer the extra speed and thrill of windsurfing or you’re just interested in going faster on your traditional surfboard, some places are better than others for speed surfing. We thought we’d compile a video list of the best places around the world to go fast on a surfboard. If you’re going to be near one of these places, don’t miss out on what might be the opportunity of a lifetime: